OK, so it has been a while since my last confession.
I really needed to update my blog, so I thought I'd start by owning up to this one!
I love working at Leam Boat Centre 'cos they have loads of cool boats to play with. 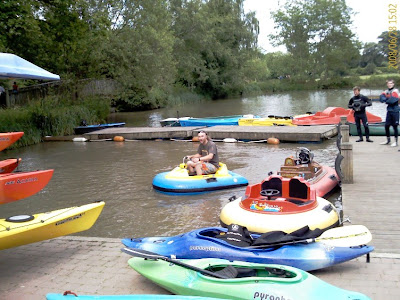 I was running a Level 1 Coach Course, sat in a GP kayak with no deck, cos I wasn't gonna do anything but observe, anyway in the review I got all animated (surprise surprise) and ended up edging the boat a bit too much and soaking my shirt and shorts - cotton briefs too! I went back in and changed into more suitable clothes, then as I was about to rejoin the group I thought it would be cool to take a pedalo, everyone laughed - what a guy! 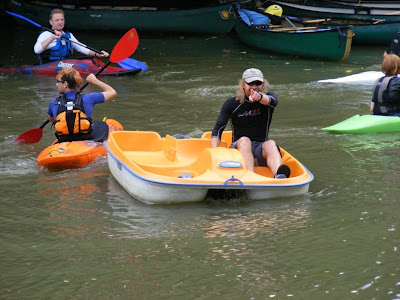 A pedalo is an amusement park ride

You sit in a moulded seat next to your partner and pedal it recumbant stylee, that then turns a paddlewheel under the hull which moves the sucker along, little joystick in the middle to steer. 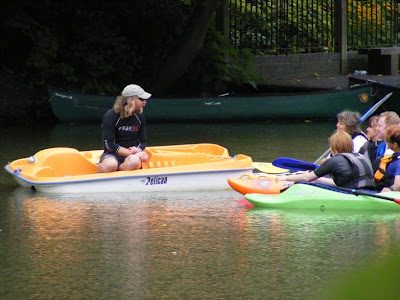 When I came back to the deck I was struggling to parallel park it so I just pulled up next to another one and hopped across, one leg on each, I then twisted to pick up the painter of my pedalo, and the boats drifted apart slowly. No problem, I just scissored my legs together to bring them together again - I do it all the time in canoe, but to stabilise myself a little I held onto the high seat back. As I applied pressure, the f******* seat popped out, I toppled backwards a little and the boats parted dropping me on my ass in the Leam!

I did hurt my fingertips while clawing at the poxy little excuse for a boat to save myself, to no avail. I came up, looked around and all of the deck staff, all of my students were just staring in disbelief, even the hundreds of members of the public around sensed that something monumental had just occured - the silence was eerie, then I heard a click from an SLR camera, then the laughing commenced! I was up over the pedalo and onto the bank in an instant, grabbing my cap as I went.
In this photo, I've just climbed back on and am in the process of replacing the REMOVABLE seat!!!. 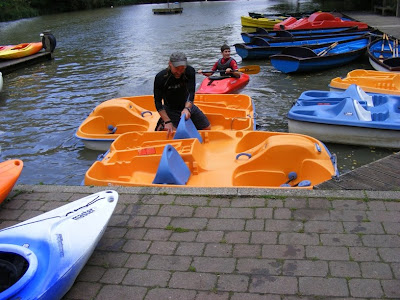 Time to change again for the third time and it wasn't 11am yet!


Jenna said that never in the history of the Boathouse has anyone fell off a pedalo, even the most incompetent of deckhand boys has ever been that f***in' lame!
Posted by Phil Hadley at 01:30 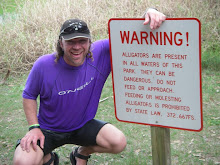